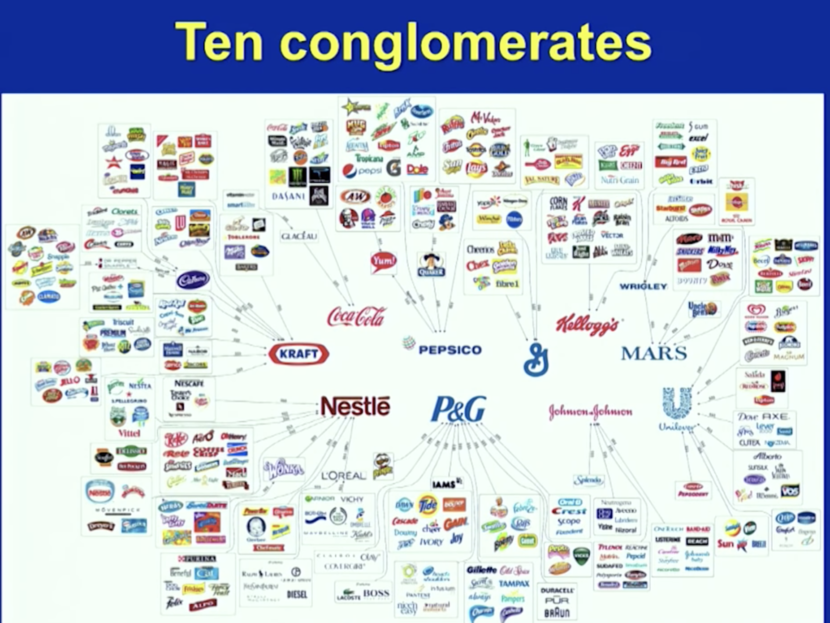 Everyone a sad event, but as a proportion of the population, its 0.033% is currently lower than in 2018.

Although the numbers of deaths have peaked, and the numbers are dropping we don't know what the final number will be.

Which is obviously worse than the flu. Maybe twice as bad, but not 10 times as bad.

However, the numbers alone give some perspective. That's not to diminish the scale.

It is not an extinction event or anything like it.

So the reaction ought to be proportionate to how we deal with flu, but it hasn't been.

The media have made it appear like the end of the world because they report on what governments do, or don't do, to sell the news.

They prey on fear, emotion and human nature.

I agree with engineer, podcaster, public health champion Ivor Cummins when he said in a recent 'Food Lies' YouTube video/podcast, "This is not being callous, this is being data-centric. We have to stop being emotional sometimes to think clearly and look at the data. Deep breath and focus on the data. Understand the numbers and then you are being rational and scientific."

That's not to diminish the tragedy, as the number of deaths in such a short space of time did threaten to overwhelm our healthcare systems, and governments had to do something. But few ICU capacities have been threatened.

Some governments reacted tardily (UK/USA), some draconian (Israel/New Zealand), some in measured stages (Germany/Australia), and others not much at all (Sweden, Japan, South Korea, Singapore).

The economic cost of some of those draconian and tardy actions will be paid for over the next generation.

Lives ruined through financial hardship will outnumber those ruined by medical consequences 100 /1.

In the USA, the worst affected country 82,000 people have sadly died [12th May] of causes attributed to COVID-19, but [so far] 8 million have been added to the unemployment numbers by the lockdowns.

What the consequence will be going forward who knows.

The true costs will never be known, in terms of depression, domestic violence, alcohol addiction, suicide, missed diagnosis of other fatal illnesses through avoiding hospitals.

So where to point the finger?

Most governments across the world acted on 'the best medical advice'.

Chief Medical Officers took the advice promoted by the World Health Organisation (WHO).

Taking WHO advice showed up the political classes for what they are - actuaries.

They are calculating the risk of the buck stopping with them.

You cannot be elected if you are unpopular. You cannot get to be popular by taking high risks.

Hence, if you take no risks give you a better chance of being re-elected, or at least not blamed.

'The best medical advice' gives politicians the perfect excuse for when things don't work out.

But that 'best medical advice' is politically driven - not science/evidence driven.

That WHO advice was flawed.

The WHO is flawed.

Sponsored by Big Food, Bill Gates and China, and others, the WHO have so many patrons they cannot be independent or give unbiased advice.

Certainly not the best medical advice.

And they didn't. And it's since changed. And will probably change again.

Call me a conspiracy nut if you like but, Big Food, (Big Ag & Big Pharma too) don't want you to know their profits rely on you staying out of the sun, eating refined grains and refined oils, getting addicted, metabolically unhealthy, reliant on their pharmaceutical products and unaffordable insurance.

Meanwhile bankrupting healthcare systems and the people that need them around the world through ever-increasing numbers of people needing them. While governments struggle to protect the weak, aged, and infirm because of the rising costs of healthcare and reducing proportions of tax receipts spent on it.

Bill Gates, well EFF knows what he wants. He's a megalomaniac - not a scientist. We shouldn't listen to a word he says.

Bill wants us all to be chipped, vaccinated and tracked.

It was also Bill Gates that promoted Dr. Tedros Adhanom to lead the WHO.

'Dr.' Adhanom [not a medical doctor], is a leading figure of the (previously communist) Tigray People's Liberation Front (once a terror organisation in Ethiopia that played a role in the genocide of other tribes in Ethiopia), and a fan of Robert Mugabe.

Who are huge investors in Ethiopia - communist China.

China doesn't want people to blame them. So the WHO played ball - for a while.

(And yet still they cry for more money.)

What do we know?

Infections from this novel coronavirus were circulating the globe from November 2019. It just wasn't being tested for.

In highly dense populations (Seattle / New York) with many South-east Asian tourists or travellers the virus would've spread unnoticed. Most are asymptomatic. Many show mild or temporary symptoms, but their innate immune system is strong enough to fight it off. Few actually contract COVID-19. Even fewer require hospitalisation or pass away.

The majority of those contracting the disease are 'metabolically unhealthy', largely the aged. Those are the ones that needed protection and resources.

Those are the ones that could've been put on the road to support their immune systems through improvements in metabolic health. Not in years but in days.

What reverses it: I wrote another blog on this subject.

In the main, they acted too late. The horse had bolted.

Lockdown added nothing to 'social distancing' in the fight to save lives or 'flatten the curve'.

It just ruins lives economically. Sweden is proof of this. The similar death rate per capita as the average European country, if not better than most. ICUs not overwhelmed. The economy only affected by the global recession.

Even previously draconian Israel reversed its policy overnight when faced with the data. Smart people the Israelis.

What should countries do?

So who is to blame?